Our Summer Camp history began in the late 1950’s, when a teacher in Richmond Hill by the name of Bill Babcock had a passion for the outdoors and the positive affect it can have on youth. He saw resilience and adaptability as important virtues that children learn while attending summer camp.

Together with his wife Jean, Bill established RICHILDACA – a day camp in Kettleby that offered some overnight camp opportunities as well. By the 1960’s, RICHILDACA became a summer camp where children developed confidence through activities such as canoeing, swimming and archery. Over the years, RICHILDACA grew to offer extended overnight camps and facilitate outdoor education programs for schools.

Following in the footsteps of RICHILDACA, Kettleby Valley Summer Camp began in 1998 by establishing a summer day camp. In 2000, Kettleby Valley began offering an overnight summer camps program to further develop a camper’s sense of independence.

In 2005, Kettleby Valley purchased the original RICHILDACA property and the following year, the Summer Camp expanded to include the 30 acres directly south known as the ‘Conniver property’. The old shelters and outhouses were eventually replaced. New change room facilities and the addition of a second pool were just a few of the projects that we took on. In 2009, construction began on a new dining hall and was completed just days before the summer camp season began.

Like RICHILDACA, Kettleby Valley Summer Camp began humbly and grew over time. We have come to provide summer camp services for people in Toronto, Aurora, Newmarket and Richmond Hill. Our overnight camp program has attracted campers from as far away as South Korea and Italy. We have carried on the tradition that Jean and Bill started so many years ago. We know that, without their hard work and commitment, Kettleby Valley would have never been established.

At Kettleby Valley, our summer camp philosophy focuses on developing confidence through promoting a healthy sense of independence.

We only hire outstanding leadership and staff

We celebrate and accept each and every child

Through careful supervision, our counsellors build confidence in our campers by fostering resilience and a healthy sense of independence. An experience at KVC gives everyone the opportunity to contribute to our camp community. 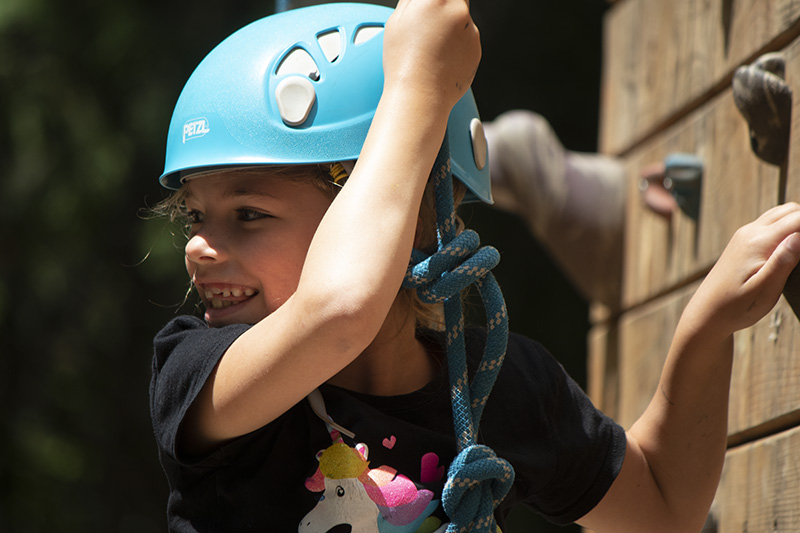